The Outstanding Graduate Coordinator Award recognizes the exemplary service of a graduate coordinator. Graduate coordinators provide an invaluable service to the university and its community of students, faculty and staff, and the award is one of the few opportunities available to recognize these individuals.

One award is presented, and nominees must have served as a graduate coordinator for two years as of Sept. 1 of the current year to be eligible. Past recipients of the award are eligible for nomination if five or more years have elapsed since they received the award. All prizes will be announced in spring of 2022.

The award committee will look for the following criteria in making the award:

To complete the online application, collect the following: 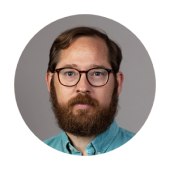 The Outstanding Graduate Coordinator Award recipient in 2022 is Dr. Michael Schmidt, graduate coordinator in the Department of History in the College of Liberal Arts.