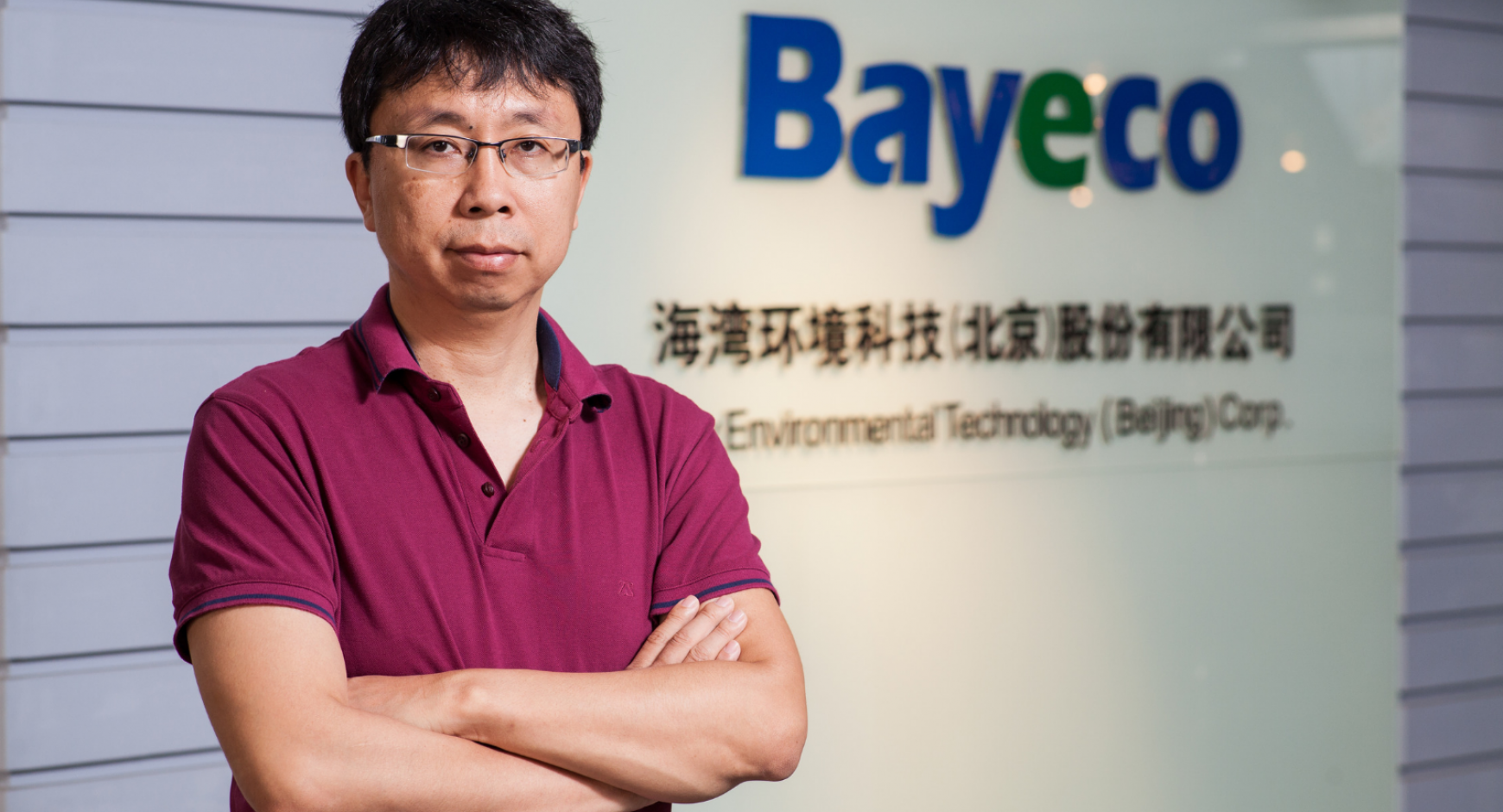 Leading up to the 2008 Olympic Games in Beijing—the first hosted by China—civil engineering alumnus Kevin Wei (M.S. ’99) saw an opportunity.

The Chinese government had been searching for ways to improve air pollution in the city and surrounding areas for visitors, athletes and citizens. However, many environmental technologies were unavailable in the country during that time.

Wei realized there was tremendous business potential in Beijing and throughout China for the technologies that he had learned in the U.S.

Since 2007, he has served as chairman, chief executive officer and president of Bay Environmental Technology Corporation (Bayeco), where he uses his training from The University of Texas at Austin to provide environmental solutions across China.

Founded in 1997 and based in Beijing, Bayeco has become a leader in air pollution control solutions for the petrochemical industry and others.

The company has been named as a Global Cleantech 100 Company and was selected to join the U.S.-China EcoPartnership program. In 2016, Wei was named the Earnest & Young “Entrepreneur of The Year - China 2016” in the clean-tech category.

Wei discusses the field of environmental technology and how UT Austin has helped shape his career.

Why did you choose to pursue the field of environmental technology?

I have always wished my career could make some positive changes or impact the world. The environment is one of the essential fields for the world’s sustainable development, so this is the field that I wanted to work in. My home country China still faces great challenges with pollution, especially air pollution, so I wanted to do something for it.

What led you to start Bayeco? 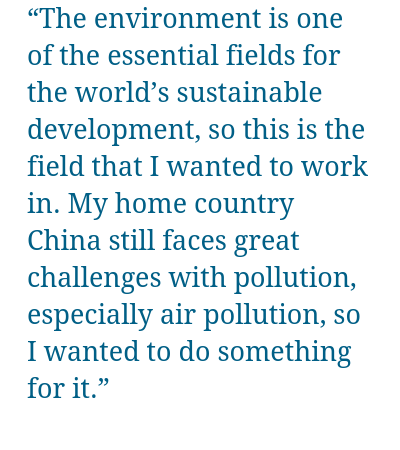 In 2008, China would host the first Olympic Games in Beijing, so the government wanted to create a clean environment in Beijing before the games. But there were no good pollution control technologies available in China at that time, especially to eliminate gasoline vapor emissions in loading terminals and gasoline stations.

When I noticed this issue, I realized there was an urgent need. So it would be a good opportunity to bring the leading vapor recovery technology from U.S. to China. By doing that, it would not only help Beijing in resolving the gasoline vapor pollution issue, but I believed many other cities and industries in China would also need air pollution control technologies. So the market potential would be huge. Therefore, I went back to China in 2007, and have served as chairman and C.E.O. of Bayeco since then.

What have been some of the biggest challenges as an entrepreneur?

Facing a great deal of uncertainty. [Being an] entrepreneur is not a career. It is about having a lifestyle where you have to be active and positive all the time. Always needing capital.

How has your graduate education from UT Austin helped your career?

First, the graduate education at UT provided me with a solid foundation for environmental engineering. Second, it helped me develop the problem-solving skills that are critical for my career. Third, the Longhorn spirit always inspires me to overcome the challenges I’m facing.

What accomplishment are you most proud of professionally? 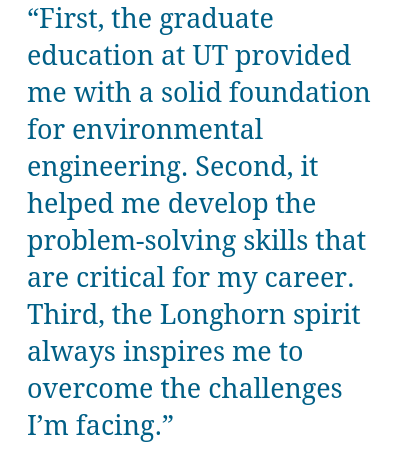 I’m very glad and proud that Bayeco has become a leading environmental technology company in China. In the past decade, Bayeco has completed over 5,000 pollution control projects in China. Bayeco has been named “Global Cleantech 100 Company” from 2016 to 2018, three years in a row. This 100-company list was selected from 10,000 companies from over 70 countries.

In 2016, the U.S. Department of State and China’s central government selected Bayeco to join the U.S.-China EcoPartnership program, which is an official program under the U.S.-China ten-year framework on energy and environmental cooperation. Due to Bayeco’s outstanding business achievement, Earnest & Young awarded me the “EY Entrepreneur of the Year 2016 China” award, which is one of the world’s most prestigious business awards for entrepreneurs. So I’m very proud of these accomplishments, and I greatly appreciate our outstanding Bayeco team who made these happen.

What’s next for Bayeco and for you?

China has put “winning the war on air pollution” as one of the top three national priority tasks in next three years. So, Bayeco will continue to provide our supreme solutions to fit the strong market demands in China. In addition, Bayeco has expanded our business into new areas, including environmental monitoring, comprehensive environmental service, wastewater and solid waste treatment and others. We continue to incubate technologies such as converting CO2 into construction materials. I will continue to drive Bayeco to grow and hope we can make more contributions to bring about a better environment in China.